With a multi-layered approach, the programme is designed towards understanding wetland biodiversity and its conservation in India. Currently, it is operational in some of the important wetland ecosystems such as Chilika (Odisha), Point Calimere (Tamil Nadu), Pong Dam (Himachal Pradesh) and Mumbai creeks (Maharashtra), and more recently in Gujarat, Telangana, and Assam.

Bird studies: We continue to be the only organization to carry out long-term and intensive bird banding and associated studies in the Indian subcontinent. BNHS contributions have won it a long-term regional centre at Chilika, granted by Chilika Development Authority, and one at Bharatpur. The Point Calimere Bird Migration Study Centre continued its training programmes in bird banding and other capacity-building efforts for students and forest department staff. Ringing over the last one year was carried out in Manjeera Wildlife Sanctuary (Telangana); Marine National Park, Nalsarover, Khijadia and Thol (Gujarat); Point Calimere and Chilika. During 2017–18, about 4,000 individuals belonging to about 112 species were ringed in various wetlands of India.

CAF advocacy: We assisted the Government of India to revive the Central Asian Flyway (CAF) by campaigning at the twelfth Conference of Parties to the Convention on Migratory Species (CMS) held at Manila in 2017. As a first step to achieving India’s commitment to CMS and implementing CAF action plan, we have identified 29 sites including 20 major wetlands and nine clusters. 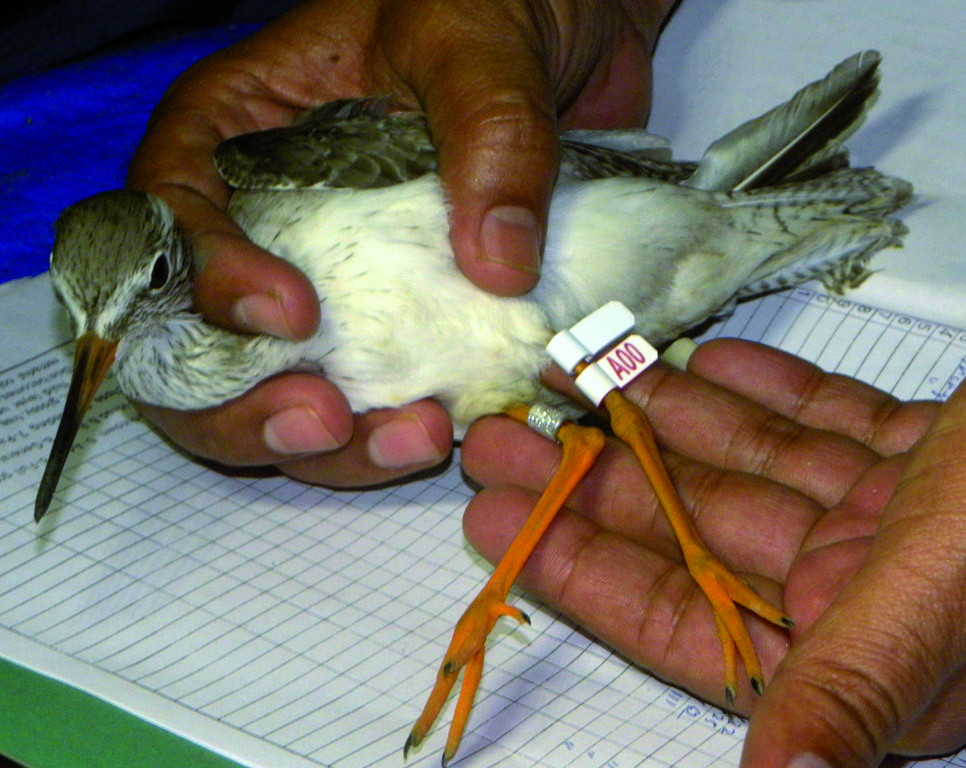